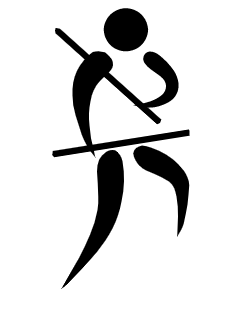 Modern Arnis is the system of Filipino martial arts founded by the late Professor Remy Presas as a self-defense system.  His goal was to create an injury-free training method as well as an effective self-defense system in order to preserve the older Arnis systems.  It is derived principally from the traditional Presas family style of the Bolo (machete) and the stick-dueling art of Balintawak Eskrima, with influences from other Filipino and Japanese martial arts.

One of the characteristics of Filipino martial arts is the use of weapons from the very beginning of training and Modern Arnis is no exception.  The primary weapon is the rattan stick, called a cane or baston (baton), which varies in size, but is usually about 28 inches (71 cm) in length.  Both single and double stick techniques are taught, with an emphasis on the former; unarmed defenses against the stick and against bladed weapons (which the stick is sometimes taken to represent) are a part of the curriculum.

Training covers empty-hand self-defense (striking, locking, throwing, etc.) as well as the trademark single and double stick techniques of the Filipino martial arts.  Other aspects of the art include espada y daga (sword and dagger fighting), sinawali (double stick weaving patterns), and tapi-tapi (locking drills with the stick).  In addition to partner drills, Modern Arnis includes the use of anyo (kata), solo forms both with and without the stick.  Emphasis is placed on fitting the art in with a student’s previous training (“the art within your art”), smoothly reacting to changing situations in the fight (“the flow”), and countering the opponent’s attempt to counter strikes directed at him (“tapi-tapi”).  Practitioners are called arnisadors or Modern Arnis players.

For Instruction in Modern Arnis, please visit the following sites for more information:

​The Art Within Your Art (CT)